The right of every citizen to form a family and continue offspring is a constitutional right as regulated in the 1945 Constitution. This study aims to find out how the views of Islamic law are. The views are taken from the opinions of classical and contemporary Ulama. In this study using the library research method, which is research based on literature. Data collection techniques were carried out by searching through various sources such as books, journals and policies related to sirri marriages. Data analysis was carried out by describing the results of the study obtained and then concluding based on relevant references. The results of the study show that based on Islamic law presented by classical Ulama describe sirri marriages/underhand marriages as a form of marriage that is not witnessed or there are witnesses but the groom asks the witness to keep the marriage that occurred. Some classical Ulama such as Maliki, Shafi'i and Hanafi do not allow sirri marriages, while Hambali argues that such marriages are makruh. Ibn Taimiyah argues that sirri marriage is a false marriage. Meanwhile, contemporary Ulama such as Mahmud Syalthut argue that sirri marriage is an illegitimate/nulled marriage. Meanwhile, according to Ijtima 'Ulama, the Fatwa Commission of the Indonesian Ulema Council, a sirri marriage that complies with the terms and conditions of marriage but is not registered by the marriage registrar is a religiously valid marriage. 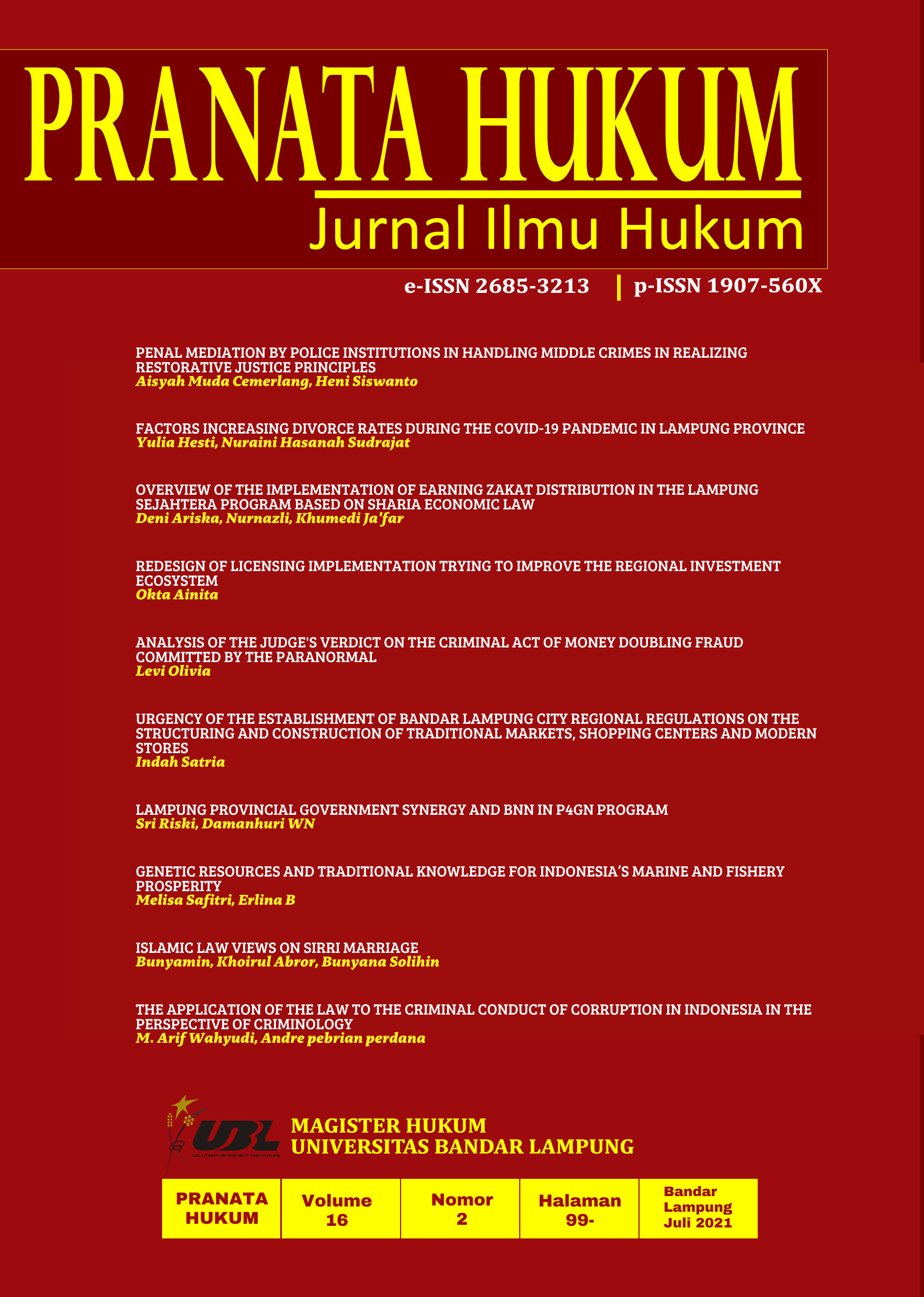