The rise of the crime of counterfeit letters is very concern for people who become victims of crime and the emergence of the crime is racing because the perpetrators want a profit. All the criminal counterfeiting of the letter is very large both for the victims and other communities by the loss of both material and non-material, in the life of this advanced society and regularly want a guarantee of truth on the evidence of a letter owned by a person. The research result is the cause of perpetrators of criminal acts doubling the counterfeit letter to work at PT Great Giant Pineapple Humas Jaya in article No. 403/Pid. B/2018/PN. Gns namely intention perpetrator, low education factor, factors of economic necessity, and the low Moral factor and religious knowledge, the liability of perpetrators of criminal acts doubling the false letter to work in verdict number: 403/Pid. B/2018/PN. Gns adjusted to the decision of the Assembly of judges that the perpetrators proved lawfully and conclusive criminal acts doubling the counterfeit letter to work with imprisonment for 1 (one) year. 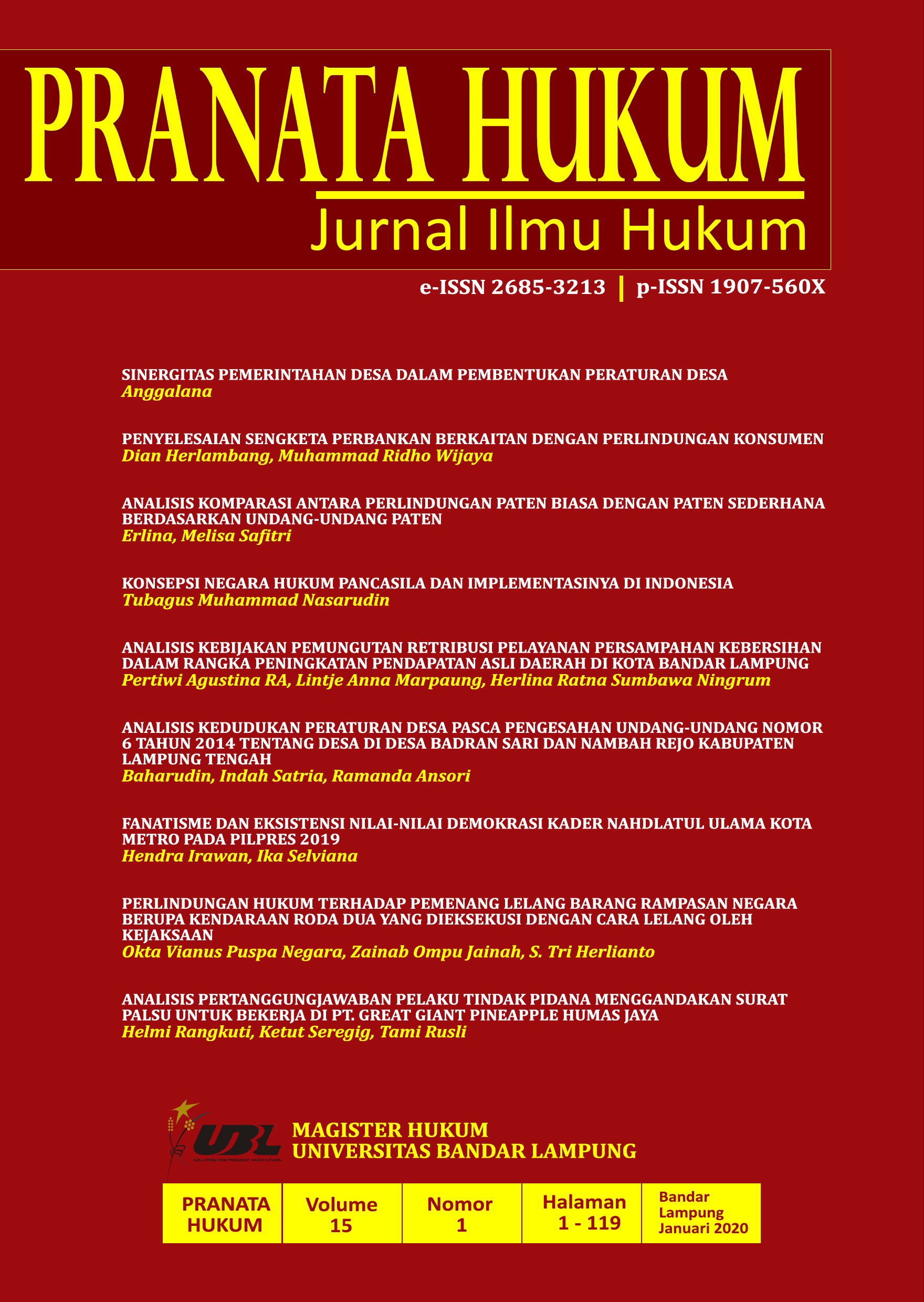